Our Belgian Association UNIO has published the following statement: 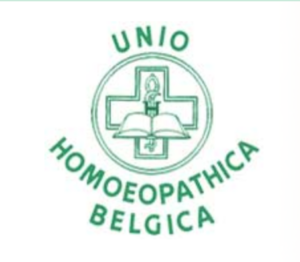 Users of homeopathic medicines can no longer remain silent about the untruths circulating in the media. These lies raise doubts which naïve and gullible people take on board all too easily and then see homeopathy as quackery. None of this is accurate!

Because they fear seeing some of their ‘certainties’ questioned, the SKEPP movement is firing off at anything that current science cannot yet explain with both barrels.

Clinical efficacy.
By asserting at every opportunity that there is no evidence of the clinical effectiveness of homeopathy, opponents sow doubt. Correction:  such proof [3] does exist.  The fact that critics refuse to look at or accept these data speaks volumes about their attitude to science.
What is true, however, is that there is  not enough  scientific evidence of effectiveness. Science demands a lot of such evidence – and rightly so. There would be more if the universities applied the rules correctly!  For example: The Professional Union of Homeopathic Physicians had accepted a double-blind research protocol for fibromyalgia which took account of homeopathy’s individualized approach. This research was to be carried out at the Rheumatology Department of a hospital in Brussels with the agreement of the Rector of the Faculty of Medicine. But the hospital’s ethics committee decided that it would be unethical to test a ‘placebo’ (the homeopathic medicine) versus another placebo! Making an a priori assumption that homeopathic medicine is just a placebo, even before beginning the study, flies in the face of scientific objectivity.

Patients are not stupid!
In the meantime, Pro Homeopathia, the Belgian association of homeopathy patients, is no longer able to contain its members’ exasperation. It has published an article [4]  which denounces in direct terms the accusations of credulity, or even stupidity levelled at patients, in blatant disregard of their therapeutic freedom of choice and their capacity for critical thought.

Dare to ask questions!  Why all this misinformation in the press? Why do these ‘experts’, whose opinions on homeopathy above all betray their profound misunderstanding of this discipline, flood the media with fake news? What is the hidden agenda behind this campaign of systematic denigration? Homeopathy and many other complementary medicines only want to collaborate, both in medical practice and in scientific research … fair play! It’s called integrative medicine!